Romania is a living proof that no work of human/machine art, as good as it might be, doesn't equalize the natural selection of a sparkling random made landscape; archaic land invites you in a history travel! 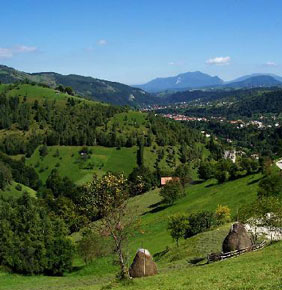 One gets this peacefull village any step; history and some traditions are still preserved by locals.They preserve nature too, a lot of trees guard their homes. 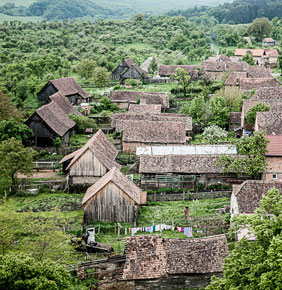 Each village has a medieval church at least; a fortified church, a fortress, symbol of the peasant fight against invaders; in those times conquerers could have brought a better way of living, not today! 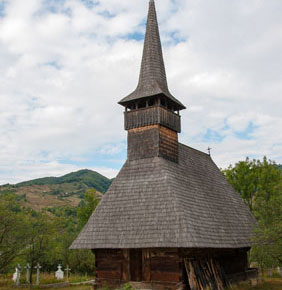 Variety is what defines us 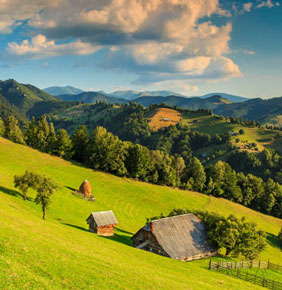 do not let it wither

The Castle Huniazilor from Hunedoara 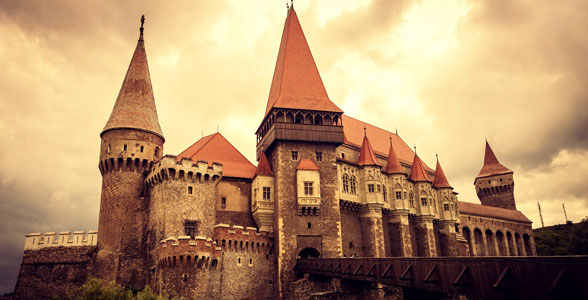 The most spectacular Gothic-style castle in Romania, Corvin was built by the Anjou family on the site of a former Roman camp. The castle served as a fortress until the mid-14th century when it became the residence of Transylvania's voivode, Iancu de Hunedoara (Ioannes Corvinus in Latin, Hunyadi in Hungarian). Iancu upgraded the fortress transforming it into a stunning Transylvania castle.

Some reservations in Romania

>>> and spreaded over the hills like in the picture